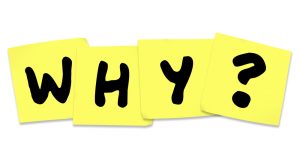 Something happened this weekend that threw me for a loop.  I had built a test club (to fitting specs) for a female golfer, and she was hitting it and a 7 wood that I had rebuilt for her.  Things were going great and then she said "the golf grip seems to be coming off."  Yep, it was.  NEVER has happened before, and I was not a very happy camper.  I used, or thought I used, the gripping process I learned and have used successfully for 8 years – so Why?  I will share a few things I learned in the past few days – and I think the result is that I will now use an even better process for gripping clubs.

The grip I used is a pretty new design, and one that is pretty soft.  The grip tape I used was from my normal supplier – but I had used a new roll of tape.  It did not "feel" right to me as soon as I cut a piece, more sticky than normal.

As in all things when I am stumped, I sent an email to my AGCP friends asking for advice.  It turns out that a lot of my friends actually "blow" on these grips with an air compressor (use a small amount of air, a just a little solvent on the tip end of the grip).  Maybe a hint in there, do not use a lot of solvent?

Since I had some concern about the grip tape, I decided to make a major change in that area.  I have for years used a great grip solvent solution called HF-100 from Brampton Technology.  I knew that they also make a quality double-sided grip tape but had never used it.  Some of the Brampton grip tape is on the way to me.

Today I also decided to give the Brampton folks a call and had a great discussion with Shaun Wheatley, who gave me a number of hints about things that could have piled up to produce my problem.  The biggest thing he suggested is that I be careful to not put too much solvent solution in the grip and on the tape at the start of regripping.  And be sure to get as much out of the grip as I can before I install the grip.  He said I also should shake up the Brampton HF-100 solution before using it, that sometimes it will segment some if it sits a lot.

So I will test all of these ideas on a few clubs first (finishing the set for the client) and make sure that the problem is solved.  If something does not work, something has to change!

Taking YOUR Game To New Heights!

Click HERE – Receive My Blog and Podcast By eMail

Please note: I reserve the right to delete comments that are offensive or off-topic.